Join Ginger & Paul on this itinerary from Athens to Malta!  Each Star Clippers ship offers a traditional and elegant way to see the world. Feel the wind fill the sails and gently carry you from one gorgeous destination to the next. During your time on board, you can choose to relax on a sun lounger or cool off in one of the pools on the top deck, while more adventurous passengers may enjoy the opportunity to climb the rigging or even have a go at steering the ship. Alternatively, you can wander the interior areas of the ship and discover relaxing lounges, a revitalizing spa (Royal Clipper only) and a peaceful library.

Highlights of this cruise include: 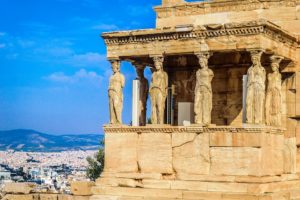 Walking in the shadow of the Acropolis in the Agora, you can almost hear the voices of Plato, Socrates and Aristotle arguing about who was the greatest philosopher. Ancient Athens, the birthplace of democracy and epicenter of western civilization, is a city for all eternity.

Nafplio is a seaport town in the Peloponnese that is one of Greece’s prettiest and most romantic towns. Elegant Venetian houses, neoclassical mansions and interesting museums nestle beneath the towering Palamidi fortress. There are also plenty of quayside cafes to relax in and some lovely boutiques to keep the keen shoppers occupied. The town is an ideal base from which to explore many nearby ancient sites. it is a popular destination for locals from Athens so it is busy in peak season. 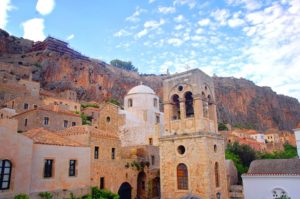 From the shore, it’s a big rock sticking out into the sea. Then you pass over the causeway, and through an iron fortress gate, and suddenly, the town of Monemvasia is before you, a perfectly preserved Byzantine fortified port, once 60,000 strong, now home to just a few hundred. You can readily see why the name Monemvasia means single entrance! In the rocky hills above, ancient Byzantine ruins loom over the town, while below a maze of red tiled roofs and twisting alleys hide tavernas and cafes and the home of revered Greek poet Yannis Ritsos. 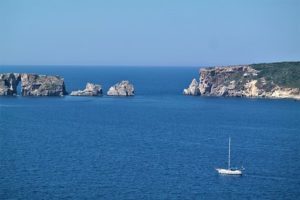 Homer’s “Wise King Nestor” was very wise indeed to build his magnificent palace near Pylos. For the city’s harbour of Navarino Bay and the land-locked lake that was the original harbor were a perfect refuge from storms – and invaders. And it was at this site on October 20, 1827, with the help of Britain, Russia and France, that modern Greece attained independence, defeating the Turkish navy in the Battle of Navarino Bay.

Syracuse is a city on the Ionian coast of Sicily that’s known for its ancient ruins. It was once the largest city in the world, bigger than Athens and Corinth and as you can imagine it’s steeped in history. Visit Parco Archeologico della Neapolis, one of Sicily’s greatest archaeological sites. Relax in one of it’s stylish little cafes that surround it’s beautiful baroque piazzas before wandering down it’s medieval lanes towards the sparkling blue sea.

The charm of Malta’s sister island Gozo is immediately apparent, steeped in myth Gozo is thought to be the legendary Calypso’s isle of Homer’s Odyssey. It’s green, rural and calm relying on fishing and agriculture as well as tourism. It is one of the Mediterranean’s top diving destinations with an incredible range of shore and boat dives including reefs, caves and wrecks. There are also Knight’s watchtowers, tiny chapels and beautiful peaceful beaches to explore. 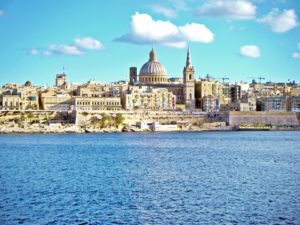 Valletta is the tiny capital of the island of Malta. The walled city was established in the 1500’s on a peninsula by the Knights of St. John, a Roman Catholic order. It has a rich historical past and is a European Art City and a World Heritage City. It’s has an abundance of museums, palaces and grand churches to visit but be sure not to miss out on exploring one of it’s beautiful gardens.

Inclusions
7 nights aboard the beautiful Star Flyer, one of the largest true sailing ships in the world!

Airfare
Need help finding the best flight schedule and price? Give us a call today at (650)726-7345 or email us

Insurance
Bay World Travel always recommends protecting your travel investment with travel insurance. Give us a call if you would like to receive a travel insurance quote or check out Travel Insured International to compare policies or get a quote.

All rates are in US dollars per person, based on double occupancy, and do not include airfare, port charges or gratuities.